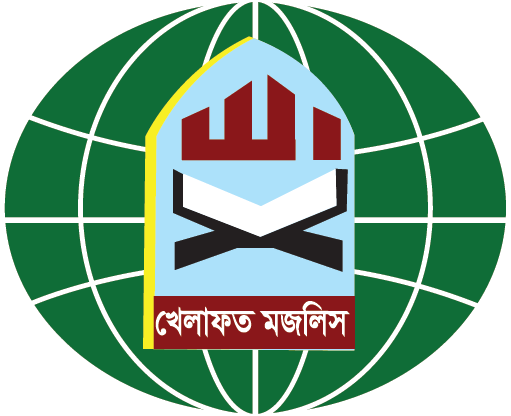 In eighties when movement against autocratic ruler was in pick in Bangladesh, when socialism was at the verge of fall in the world, Bangladesh Khelafat Majlis started its journey on 8th December, 1989 with an Opening National Conference held at Engineers’ Institution Auditorium, Ramna, Dhaka. Khelafat Majlis was a united form especially of then Bangladesh Khelafat Andolon lead by Shaikhul Hadith Maulana Azizul Huq and Bangladesh Islami Jubo Shibir lead by Professor Ahmad Abdul Quader. It was appeared as a union of true ulama (religious figures) and Islamic scholars (general educated) which was a new dimension in the political movement in Bangladesh.

`Form a mass movement to establish Khelafat’- keeping this slogun in front Khelafat Majlis has continued its efforts and movement for the benefit of the Country, People and Islam. From the beginning Khelafat Majlis has been playing its roles in all the national and religious movement like- Anti-autocratic movement of 90th, Protest movement against demolish of historical Babori Mosque in India, Historical Ayodhya bound Long March demanding rebuilt of Babori Mosque, Movement against Renegade- atheist Taslima Nasrin in 1994, Movement of 4-party alliance against anti-people Govt, of Shaikh Hasina in 1996-2000, Movement against Army backed Govt. following one-eleven move. Running prolonged Movement against fascist AL Govt. lead by Shaikh Hasina.

For the sake of these movements thousands of leaders and activists of Khelafat Majlis became the victims of the fascist governments. Hundreds of activists and leaders were thrown into the Jails illegally. Hundreds of politically biased false cases have been filled against the supports, activists and leaders of Khelafat Majlis. But it has been continued its activities for the sake of the nation, people and the religion.

At present Khelafat Majlis is a popular political organization enrooted its unites from the capital to the local levels like unions, wards and villages in Bangladesh. Khelaft Majlis has already able to raise a hope among the people of Bangladesh who want a society and state free from sin, corruption, injustice, oppression, racism, inequality, unemployment and poverty.